So every year I say to myself, “Self, it’s fine, you don’t need a Halloween costume. The holiday is really just for the kids, who cares if you have one? You don’t really love dressing up anyway.”  So I focus on O and have a lot of fun figuring out his, and then, without fail, at the last minute, I realize all my friends are dressing up and I get all worried about being a big party pooper. This year I knew we had both a Halloween parade and a Halloween party at O’s music school to go to where one set of parents were dressing up in full size Mickey & Minnie costumes, so I figured I could at least put a little effort into it.

I decided to be SuperMom (thank you Pinterest for providing me with a thousand good ideas!) because I already have most of the things you need for the costume, all I had to figure out was a superman shirt to go under my button up shirt. So I went to Target, the most magical place in the world.  I headed to the men’s department because I thought I had seen a whole section of novelty tshirts up there and it turned out, Hallelujah! They had a superman shirt! Unfortunately it was $12.99 and they only had Men’s XL.  As I am known to do, I said to myself, “Self, you can just make your own Superman shirt for less. Don’t spend $12.99 for a shirt that’s way too big and you’re going to have to cut up and sew to fit!” Then I turned around and there, a couple shelves over, were plain tshirts for only $6.99! And they happened to have perfect superman blue! I grabbed a Small and headed home to raid my craft closet. (Wish I had looked early enough to order this!)

I was hoping somewhere I had some red and yellow fabric but the best I could come up with was half a 9 x 12 sheet of red craft felt and even less yellow felt. But I made it work and guess what? It turned out cute!

To make my Superman logo, I first sketched it out on a piece of paper. If you can see the fold lines on the paper, I was too lazy to go get a ruler so this was my quick and easy way to make sure the shape I drew was symmetrical and even! It worked out perfectly! 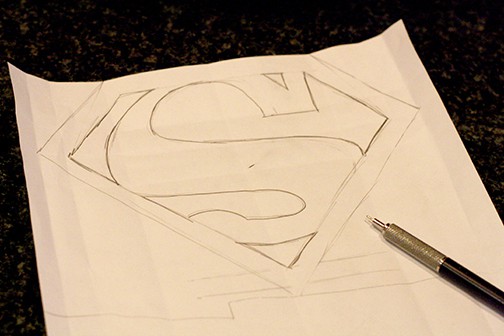 Then I taped the paper to the felt and carefully cut it out with an exacto knife. 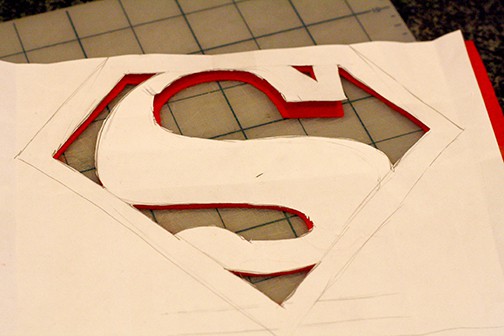 I had the red S shape then I just needed to figure out how to add the yellow. 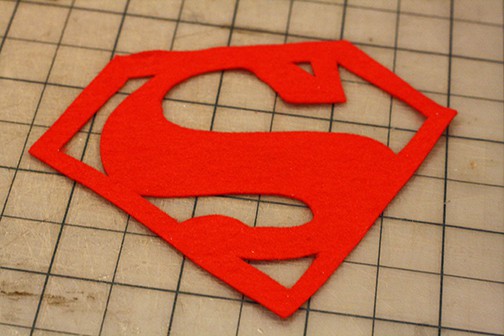 If I had more yellow felt I would have just cut one big yellow shape and glued it behind the red. But I didn’t have enough. So I ended up using the cut out parts of my paper stencil to cut little yellow pieces that fit into the red like a puzzle. I don’t totally recommend this method because it was kind of a pain in the you know what.  But it ended up working. 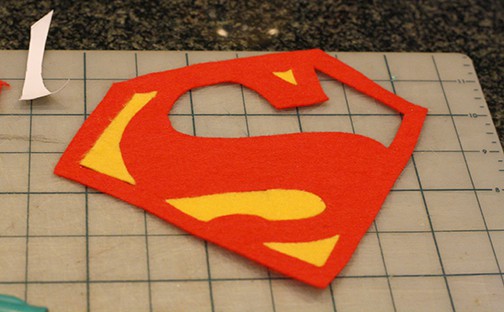 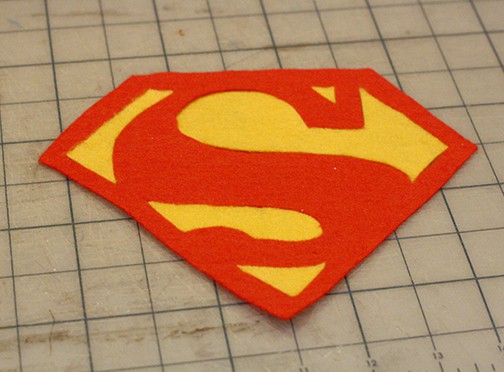 When I had all the yellow filled it, I flipped the Superman logo over and went over all the seams with some fabric glue. Make sure it dries clear! 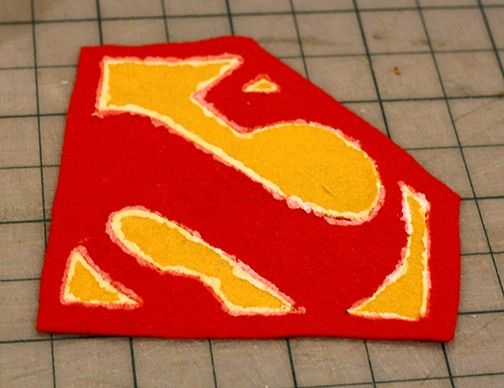 When it was dry, I sewed it onto my tshirt with red thread and I was done!! 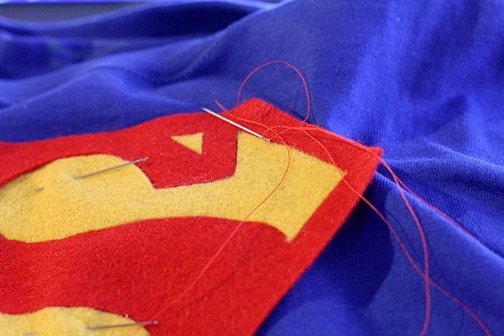 What do you think? Cute costume idea? 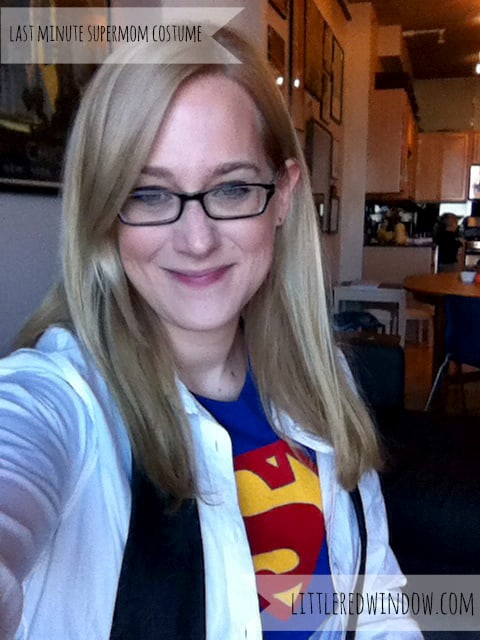 p.s. I NEVER wear my glasses in real life but obviously glasses are required for the costume, so this is like a once in a lifetime pic!