Learn how to make a slip knot to start your knitting projects with this super easy and fast video tutorial!

The very first step of every knitting project and every cast on is a slip knot. So it’s clearly really important to learn how to make a slip knot.

And it’s one of those skills that looks mysterious when you see someone else do it quickly, but after you try it, it’s actually incredibly easy. So easy that you won’t even think about it. It’ll become so easy that, for example, when I had to figure out how to make a slip knot slow enough to show you guys, it was actually difficult to do it that way, it’s become such ingrained muscle memory!

Slip knots are great though because they’re fast, secure and the best way to get that first stitch on your knitting needles. They are also the first step to basically any type of cast on whether it be knitted cast on or cable cast on or long-tail cast on.

You must start with a slip knot.

(Can I tell you a secret? You start crochet projects with a slip knot too! Turns out knit and crochet aren’t so different after all, are they?)

I also love teaching slip knots to kids when they learn to knit because it looks like it’s going to be hard but once they get it, it’s kind of magical!

It doesn’t matter what weight of yarn or which size of knitting needles you use, the method is the same. Just practice a few times and before you know it, you’ll be making slip knots without even thinking about it! 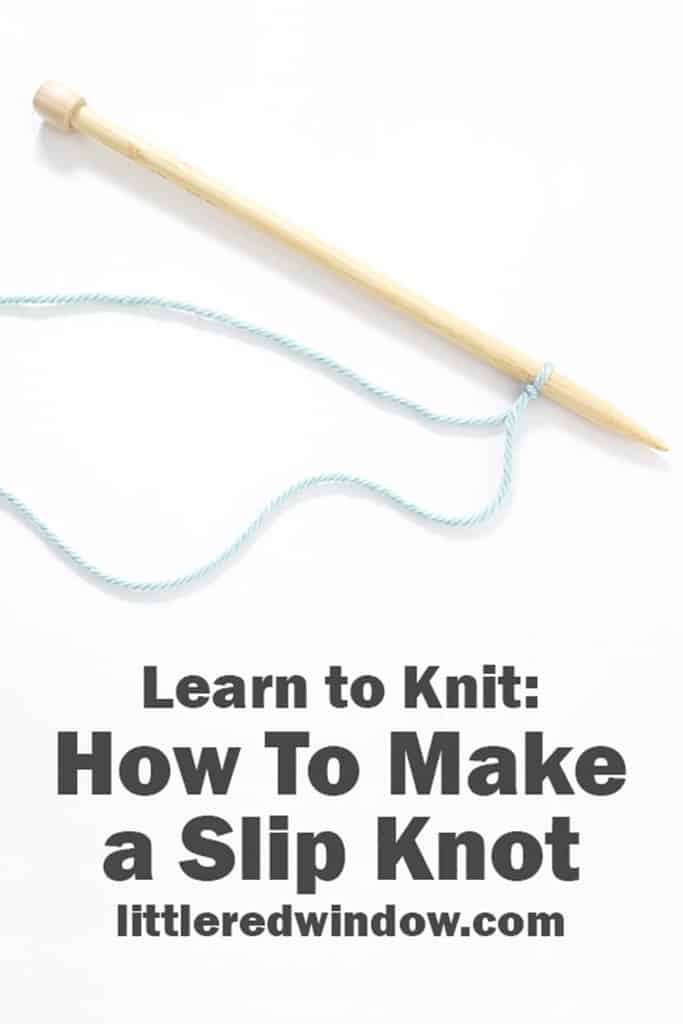 How to Make a Slip Knot

As an Amazon Associate and member of other affiliate programs, I earn from qualifying purchases.

Did you love this?