Add your own photo and make these adorable (not so) secret admirer valentines complete with silly mustache disguise! 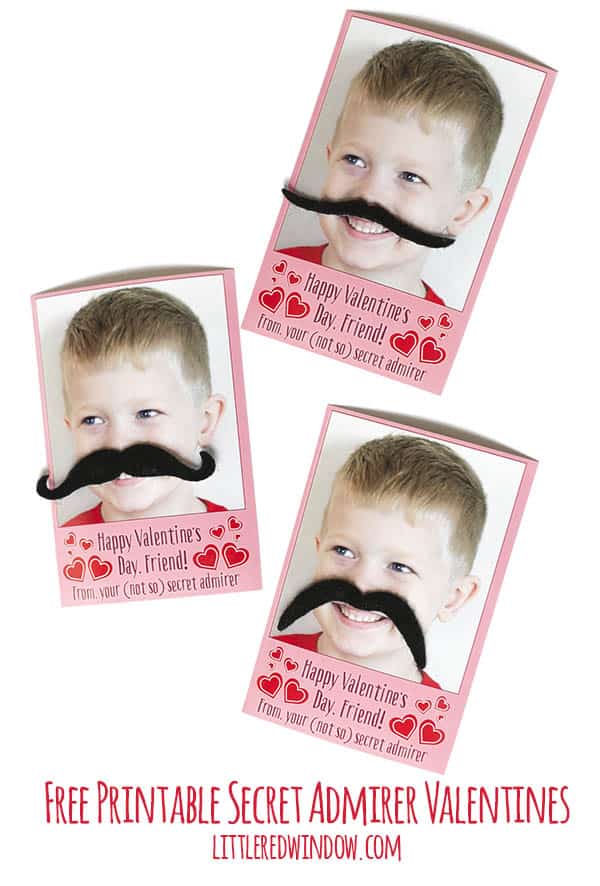 Here are O’s valentine cards for school this year and they are cracking me up! He loves them too and they’re perfect for his personality plus they seriously took about 5 minutes to make. I’m not kidding. Super easy. I grabbed these mustache stickers at the store with plans to make some funny mustache valentines and then realized that there are nine million mustache valentines on the internet. And they all say the same thing, “I ‘mustache’ you a question, will you be my valentine?” I honestly spent at least an hour trying to come up with SOME other mustache/valentine joke or pun but I swear, there’s nothing. It’s like the word orange, hardly anything rhymes with or sounds like “mustache”. But then I had the idea for these cards and was much happier anyway. Sometimes it takes a little creator’s block to come up with something good right?

Anyway to make these secret admirer valentines cards you need:

Digital photo of your child

First download the printable secret admirer valentines file above. The valentines are 4″ x 6″ and meant to printed as photos. There are two ways to add your child’s picture to the valentines. You can either use a photo editing program (some free ones are Canva or PicMonkey, for example) to place and size the photo digitally. Or you can print pictures of your child separately, cut and then glue them on to the valentines. In that case, know that the blank space for your child’s photo is 3.5″ x 4″.

I added my photo digitally and then had the valentines printed at the photo counter at the pharmacy. It was only about $4 to print enough for the entire class! Once they were printed I had O write his To/From messages on the back.

Then without peeling off the backing paper, use glue dots or double stick tape to attach one mustache sticker to each valentine. I know they’re stickers and you could just stick them on but we wanted our friends to be able to peel them off and use them themselves if they wanted!  And, that’s it! Enjoy your silly secret admirer valentines, friends! 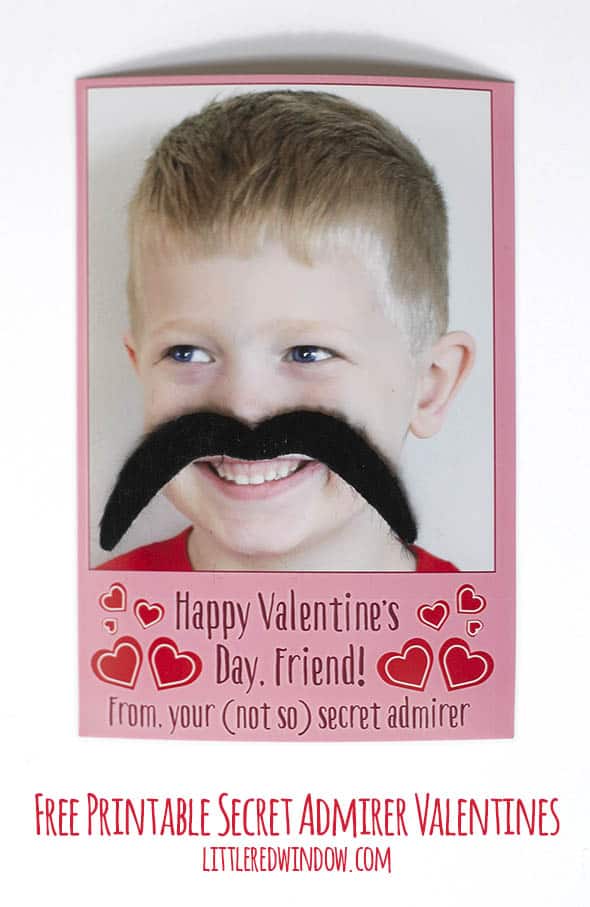 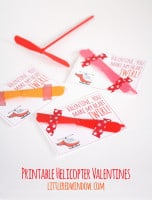