Make your own DIY Box Hockey game, all you need to play are two popsicle sticks and a bottlecap! 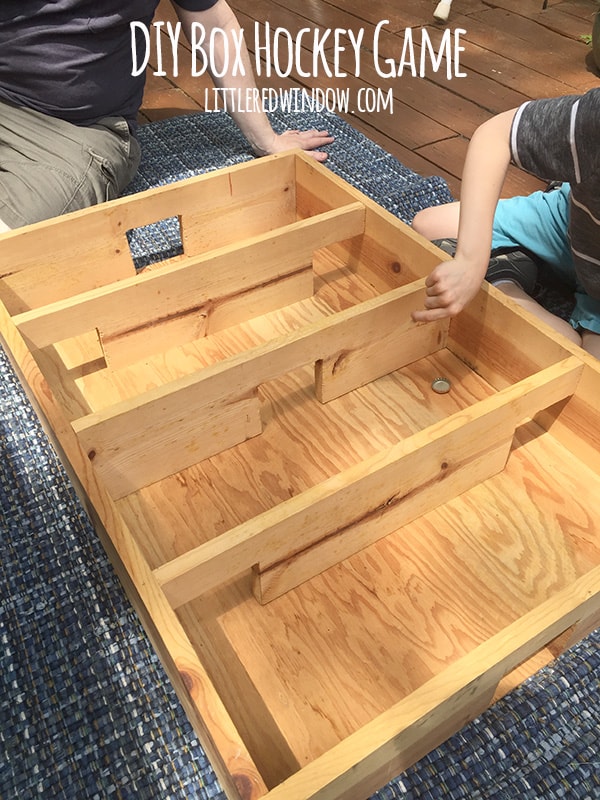 So, this version of Box Hockey is one that my dad made for my brother and I when we were kids and it’s based off of what my mom remembers playing as a child with her brothers and sisters (she is one of 6!). I actually can’t find anything that’s quite the same anywhere on the internet but it’s so simple and fun that I wanted to share it with you guys! We used to play this for hours!

I don’t have step by step photos but I’ll do my best to both explain how to build your own DIY Box Hockey game and the rules for playing. My parents’ version is played with two popsicle sticks and a bottlecap and it’s easy enough for even younger children to play but still fun enough for adults! And just a disclaimer, my dad built this from the best of his memory so we have no idea if there are any official box hockey game dimensions or rules out there. I was unable to find anything consistent online, even the wikipedia page has more than one version. But this size is nice and manageable and still lots of fun! 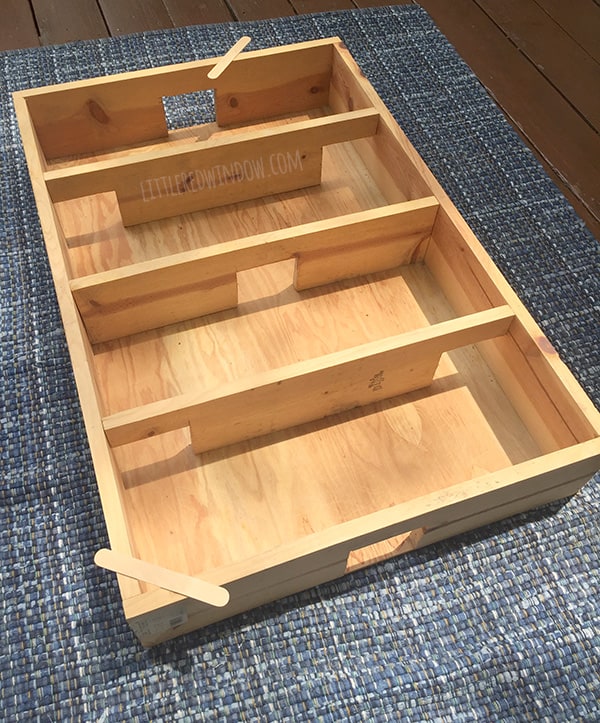 1 bottlecap (My mom says you can also use a checker!)

To build your box Hockey game, take a look at the diagram below. The long sides of the “box” are 3 ft. long. And then the short sides and all of the dividers are cut to 22.5″ to take into account the thickness of the long sides. This will make the overall dimensions of the Box Hockey game 24″ x 36″.

After you’ve cut your pieces of 1 x 6, cut the gates. The two ends of the box and the middle divider each have one center gate that is 4″ x 4″. You can mark and then cut those with a jigsaw.

The two intermediate dividers have one gate at each end. Those gates are the same size but are at the ends of the divider boards. Measure and cut those with a jigsaw also.

Finally cut your plywood base to size (24′ x 36″) and assemble the entire box and dividers with wood screws as shown in the diagram.  Dividers are 9 inches apart on center. 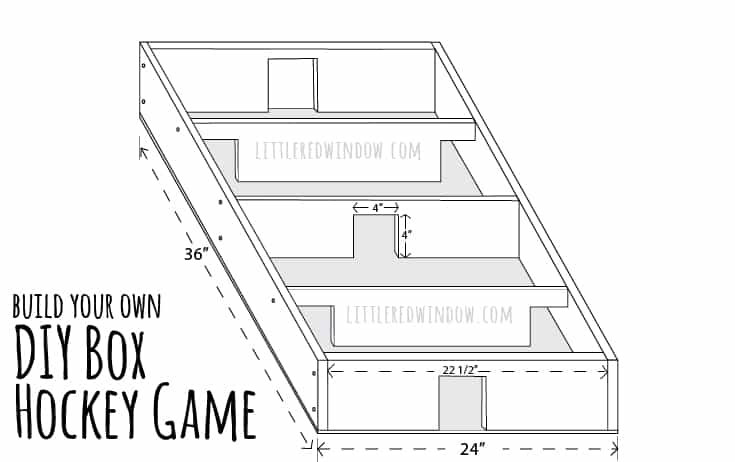 Each player gets one jumbo popsicle stick, you can flip a coin to see who goes first. To “kickoff” one player places the bottlecap on top of the edge of the box above their goal and then flips it into the box (watch the video above!). Players take turns flicking the bottlecap with their popsicle sticks through the gates and eventually through the opponent’s goal. First one to 5 goals wins!

If the bottlecap flies out of the top of the box, the other player will “kickoff” along the top edge of the box closest to where it flew out.  Don’t forget to bounce the bottlecap off the walls and use your geometry skills to get it through the gates, the smartest move isn’t always a straight line in box hockey! 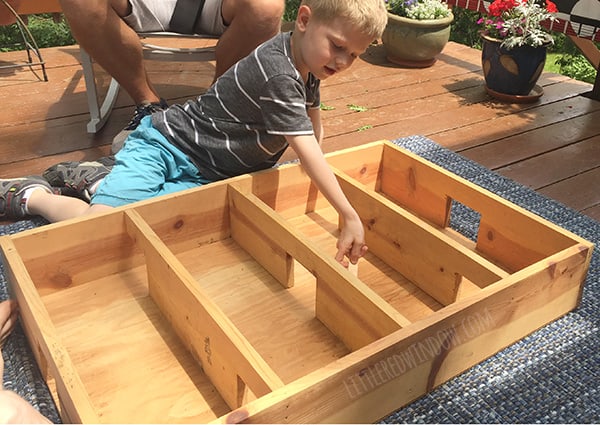