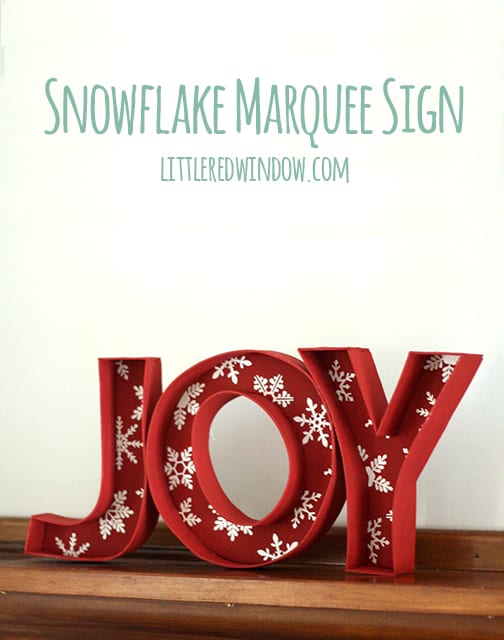 Unless you’re living under a rock, you may have noticed that Marquee signs and Marquee letters are totally hot right now. There are a ton of DIY versions on Pinterest. And I love them. I actually saw a really really cute one the other day at Michaels and that’s what inspired this project. Because although the metal, light-up version at the store was great, I was not a fan of the price. Even with a coupon. So I decided to make my own version with two goals in mind. #1: make it as cheap as possible. A lot of the DIY versions I’ve seen use those 3D paper mache letters to start with which are not super cheap. My flat letters were under $2 each. And #2: do something different with mine. So instead of lights, I went with snowflakes and I totally love how it turned out! Here’s how I did it:

1. I found these flat letters in the scrapbooking area of my local craft store. They were less than $2 each! 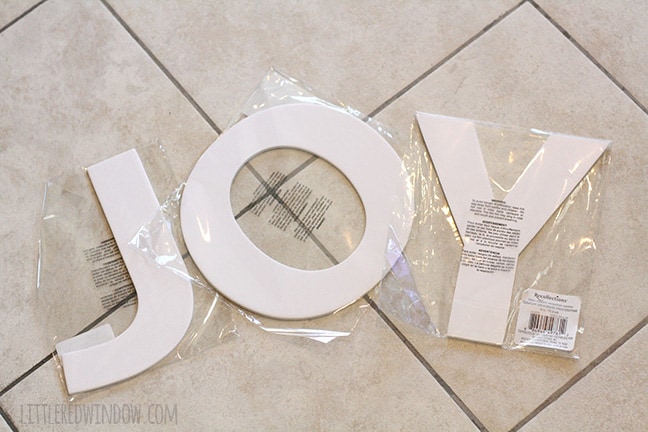 2. To make them 3D like marquee letters, I thought I would try craft foam to make the sides of the letters. It was an experiment and I liked how easy it was to fit it around the curves, but it’s not the sturdiest material. You could also use poster board or something similar. I cut the foam into 1 1/2 inch wide strips with an exacto knife. 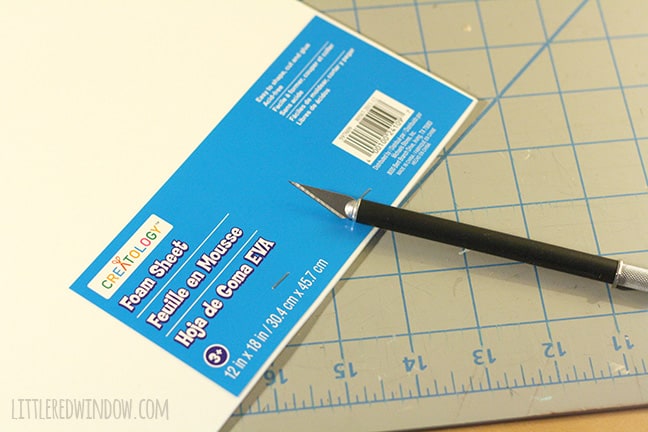 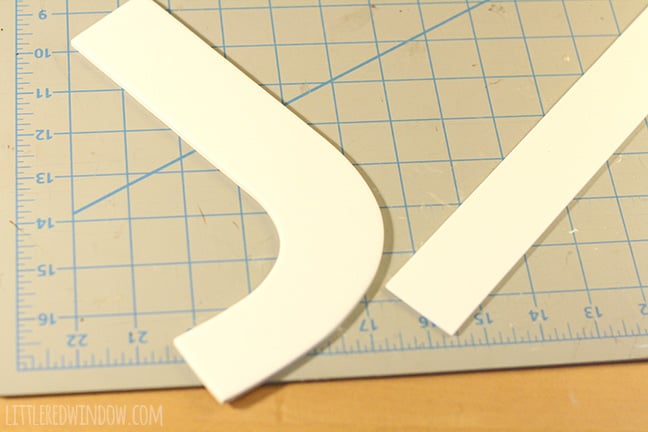 3. Then I just used hot glue to construct the sides of the letters. You just measure and cute each side as you go. 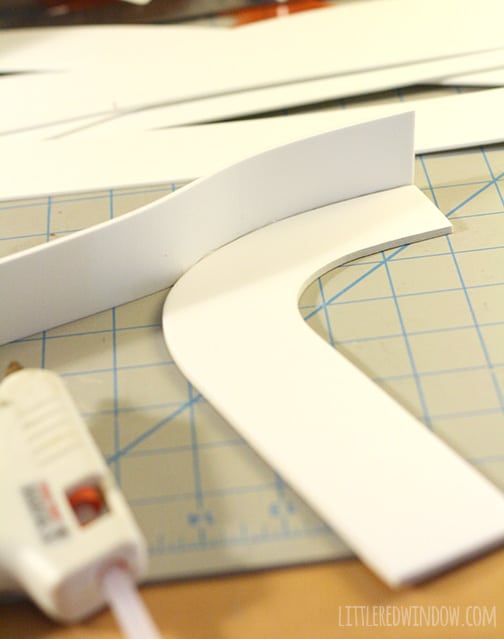 4.When the letters were done, I gave them two coats of red paint. 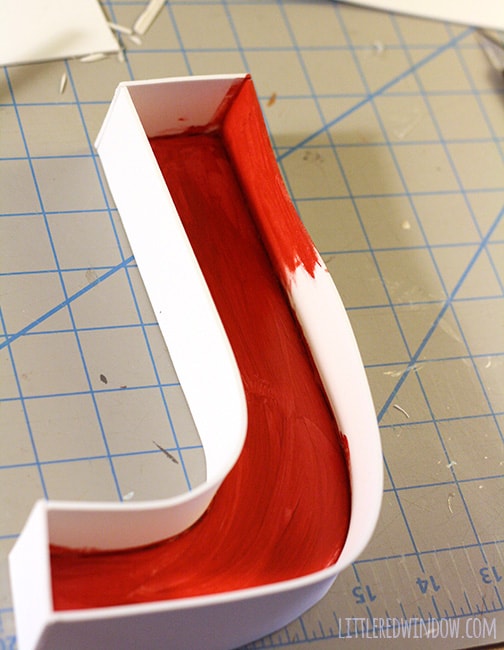 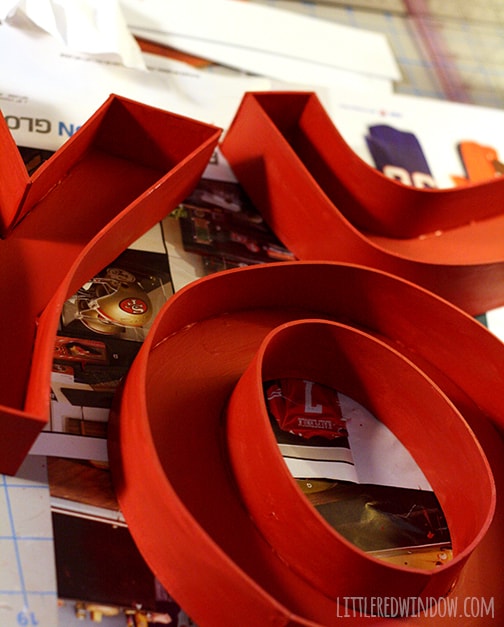 5. Then I used my Silhouette cameo to cut out some snowflakes from white cardstock. If you don’t have a cutting machine, you can use a snowflake paper punch! I have this one and it’s great! 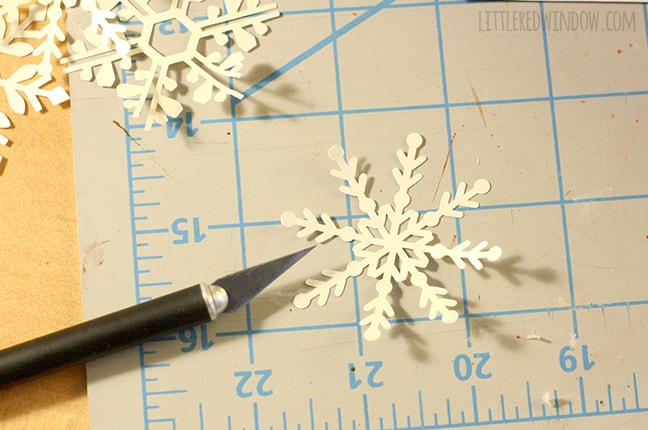 6. I arranged the snowflakes inside the letters, I had to cut most of them into smaller parts to fit. Then I just used a gluestick to stick them to the back.  Finally I used hot glue to glue the three letters together so they would all stand upright together. 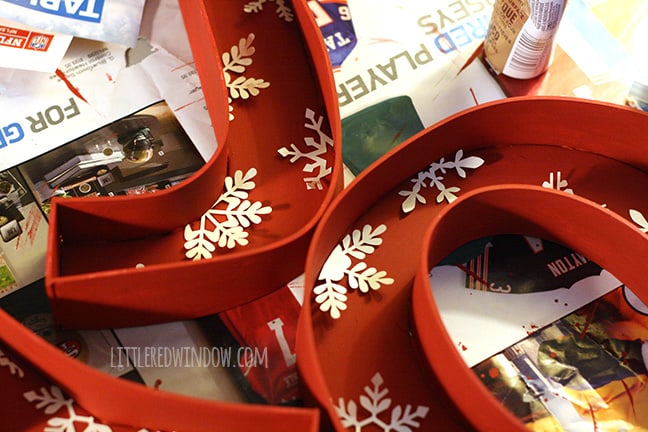 I love it! What do you think? 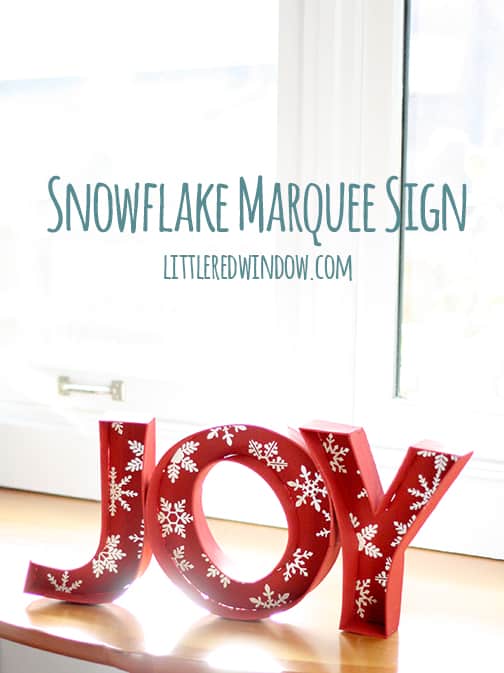 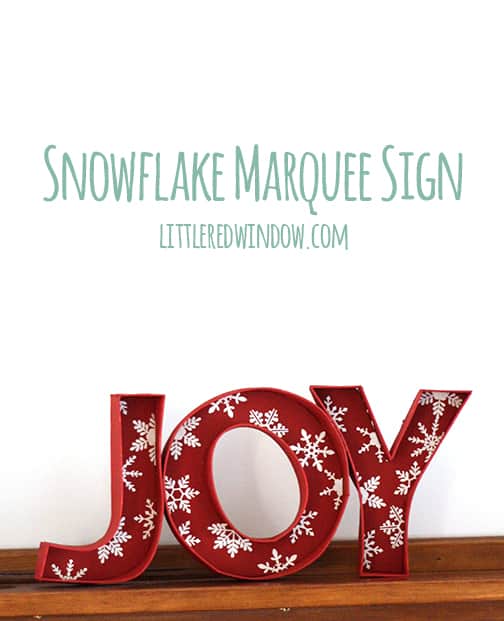 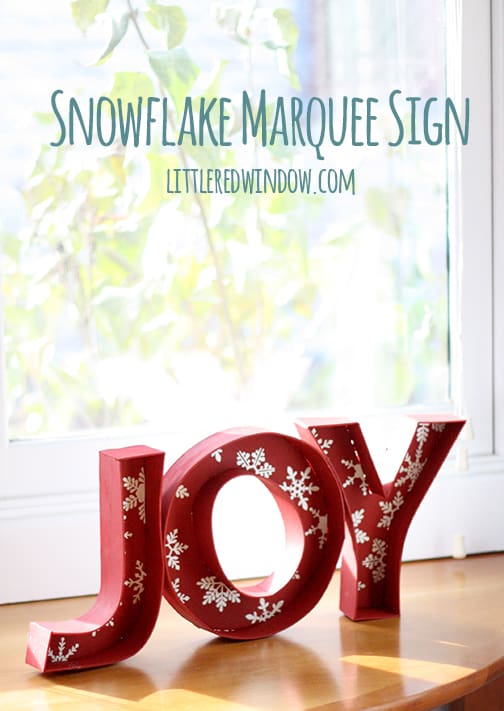 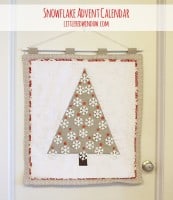