Make an incredibly quick and easy buttoned DIY Pillow Cover in about 10 minutes! 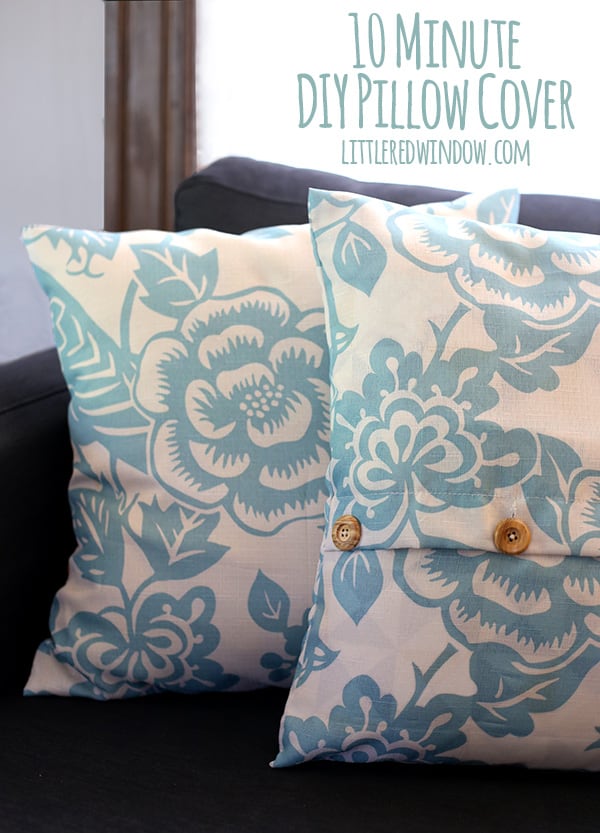 Well, did you figure out what I made these pillow from yet?? Because I loooove pillows with buttons on the back but I totally hate making buttonholes. They stress me out and I’m worried I’ll screw them up and irreversibly damage my sewing project. So when I thought of this, I was pretty darn proud of myself…  Need a hint? It’s something almost all homes have one or more of.  And you probably use it every single day.  Got it yet??

That’s right, it’s a shower curtain! I totally loved this shower curtain when I snagged it at Marshalls about three years ago. In fact, I still love it. But I noticed the other day that it has a big bleach mark right in the middle of it. NO idea how that happened since I rarely use bleach… But at any rate, it wasn’t really bad, but once I saw it, I couldn’t un-see it. Do you know what I mean/ And then I re-fell in love with a NEW shower curtain so I took the old one down. But I still liked the pattern so I hung onto it for later (life of an upcycle addict, am I right?!)

And then one day, I realized that I was kinda tired of my living room pillows AND I loved the shower curtain fabric AND it already had buttonholes in it at the top where you hang the curtain so that would make creating a buttoned DIY pillow cover about a thousand times easier. And I’m happy to report, it worked out just as well as I thought it would! Hooray! Here’s how I did it !

Fabric shower curtain with buttonholes along the top edge

18″ pillow form (you can use a different size, you’ll just need to figure out all the measurements yourself)

Buttons (be sure to measure the size of your buttonholes!)

7. Put the pillow form back in your DIY pillow cover and button it up! And that’s it! Wasn’t that super fast?! 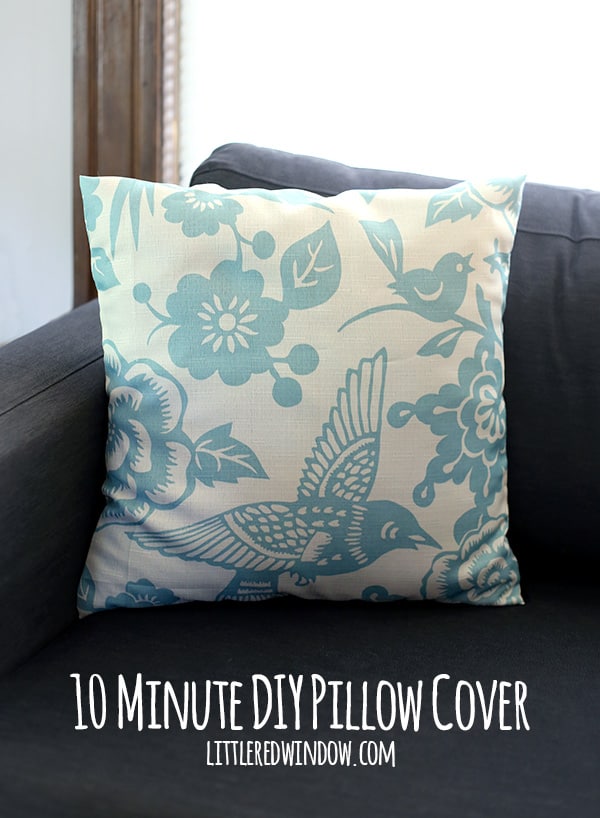 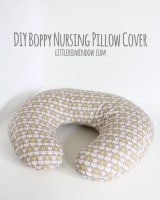